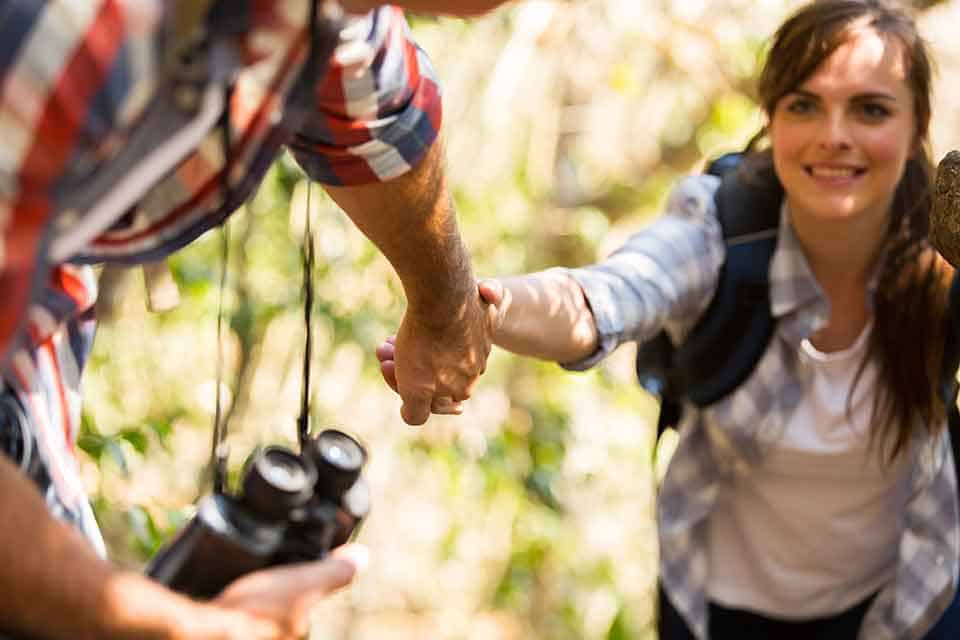 It’s a question that single women often ask me: “Why does my friend — who is unemployed, a basket case, and who has seven kids with seven different men — get a ton of dates, but I don’t get any? I have a great career, my own house and I am totally independent. What’s up with that?”

Well, I’ll tell you what’s up with that. You don’t need a man. And men — many of whom love to feel needed — are catching that vibe from you. You’re smart, strong and self-sufficient. A potential mate might ask himself, “What could I bring to the table that she couldn’t get herself?”

I often see a similar dynamic play out in marriages. It isn’t uncommon for a married man to become attracted to a damsel in distress, such as a co-worker whose husband treats her poorly or who is going through a nasty divorce.

Many affairs start this way.

A heartbreaking example of this happened in NYC following the 9/11 tragedy. In the wake of this tragedy, some surviving firefighters became ‘liaison carers’ to the widows of their fallen colleagues.

Sadly, some of these liaison carers ended up falling for the widows they were assigned to look after. Several of them even left their own families to be with these widows. As New York psychiatrist Barry Richmond explained, these firefighters “acted out their ‘rescue’ role when they saw the bereaved family of a dead colleague.” They were drawn to the vulnerability of these women and felt compelled to come to their rescue. They felt more needed by these women than they did by their own wives and children.

By the time the sexualized “rush of rescue” wore off and clearer heads prevailed, these firefighters had done so much damage to their marriages and families that there was no going back. The problem became serious enough that the New York Fire Department’s counselling service included a component that encouraged surviving firefighters to prioritize their own marriages and families. I suspect part of this counselling included information on the so-called “saviour complex”.

So what does all this mean for the single women looking for a mate? Or to the married woman looking to retain her husband’s affection? It means that it might be worth tapping into that male desire to feel needed, and using that in a positive way to make a man feel more invested in your relationship.

Ask your date to walk you to your car after dark. Ask your boyfriend to reach that plate on the top shelf, fix your computer or check your leaky faucet. Ask your husband to help you brainstorm about a work project, because he’s the smartest person you know and you need his advice. Thank him for working so hard and show appreciation for all that he contributes and does. Tell him you couldn’t do it without him. Let him know that you and his children don’t just love him, you need him. He’s the glue that holds it all together.

I can hear the snarks from women now. “Seriously? So women are supposed to pretend we can’t get by without a man? How pathetic. In case you were out, the 21st century arrived.” And the vitriolic assumptions from men. “So men are just a bunch of stupid egomaniacs desperate to pay your bills and win your approval, right? Talk about stereotypes. I hate this sexist crap.”

Calm down, folks. Obviously I’m not saying that women should be subordinate or reliant on men. Every woman should be able to financially and emotionally support herself and her children. You never know what life is going to throw at you. Neither do I think that men — at least not the good ones — are only attracted to women who stroke their ego or who are easily lorded over.

Yet many men long to feel needed in a healthy way in their relationships. I don’t think that’s a sexist stereotype — I think it’s natural. Unfortunately, some people incorrectly reduce this natural desire to the cravings of the “pathetic male ego.” Others politicize it as anti-feminist, equate it with male control or jump to the conclusion that such men (or the women who are attracted to them) have a psychological disorder. Good grief.

Personally, I admire men who feel a sense of masculine pride for being “needed.”

There’s something sexy about that. I think it’s a character strength, not a weakness, and it makes for great husband material. In fact, considering the rate of divorce, family breakdown and absentee fathers, perhaps it’s time that more men embraced the masculine pride of being needed, and that more women encouraged it.

So go ahead and rant about this article. Keep in mind, however, that if your goal is to strengthen your relationship by building your partner up and making him feel needed, your time and energy might be better spent buying a jar of pickles you can’t open. Lighten up and play the damsel in distress once in a while. Have fun with it. For all you know, your man has been waiting to rescue you, even if it’s just from the spiders in the basement.

<< Previous post Controlling Behavior: Yes, Some Women Do It, Too