“My Husband Is Getting Bored with Me. What Can I Do?” 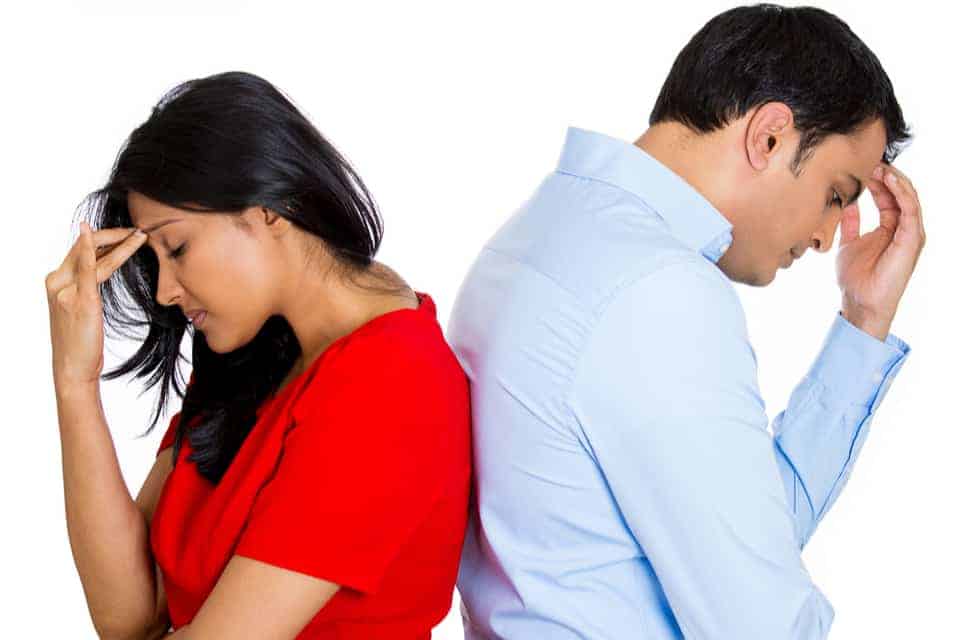 We’re all invested in our marriages, and not just financially. We also invest our emotions in our marriage. We put our love and trust in our spouse, and—for better or for worse—much of our happiness, sense of security, and even identity hinges on the state of our marriage.  That’s why it’s so stressful and hurtful to feel that your partner is getting bored with you.

Although both women and men experience this, I wrote this article for the wife who feels her husband is getting bored. So if you’re looking for an objective married man’s take on what might be happening, and what you can do about it, read on.

First, let’s look at some typical signs that a bored husband might show both outside and inside the bedroom.

– show a lack of energy, a blank expression, or a flat voice tone

– have a critical nature, especially if he didn’t have one before. He may be more critical of you in various ways, whether he’s criticizing how much you contribute to the marriage, how you keep the house, how you parent the kids, etc. He may even criticize your appearance

– be more impatient or irritable with you. All the little things that he used to overlook now seem like major annoyances to him

– stop flirting with or romancing you. Whatever his sweet gestures used to be—whether it was kissing your neck or surprising you with flowers—he doesn’t do them much anymore. He may also stop complimenting you or expressing his appreciation for all you have done for him

– show less interest in your life. You feel like you could go missing and he wouldn’t notice you were gone!

– show less interest in family life. He might spend less time with his kids: or, if he still does things with his kids, he may find a way to do so without you being present. He may be less helpful to his in-laws or your friends

– pick more fights with you. If he’s bored and feeling less love or desire for you, he may want to validate those feelings—to prove he’s right to have them—by the number of increased arguments you are having

– be very difficult to motivate. If you ask him to go for a walk or have a romantic night together, he either doesn’t participate or he participates in an apathetic or unhappy way. The same goes for seeking marriage help or talking about your problems: if you ask to do those things, he refuses or doesn’t fully participate

– start leading a separate life in some way. He may take up a new hobby, spend more time in front of the computer or away from home. In the most serious cases—and no doubt the one you’re most concerned about—he might strike up a close friendship with a female friend. And by the way, if he does start seeing another woman, you can expect all of the above to get worse

– be less interested in sex. He may not initiate as much as he used to, or he may turn you down more

– stop trying as hard to please you in bed. He may also stop trying to receive pleasure from you in the same way (e.g. he may stop asking you to perform certain sexual acts)

– watch more pornography than usual. He may start to satisfy himself more

– not put as much effort into his personal hygiene as he used to. He might slack off on his personal grooming and skip the cologne (although if he is going out more or seeing someone else, he may improve his appearance—just not for you)

Do any of these signs seem familiar to you? If so, what can you do about it? Here are a few ideas—these are things to stop doing, and things to start doing.

What to stop doing:

– stop asking how you can make him happy

– stop throwing yourself at him in bed if he isn’t being an eager, reciprocal lover

– stop begging him to end contact with an overly intimate female friend or co-worker if he’s already refused to do that (that is, don’t keep losing the same fight!)

What to start doing—in MODERATION, and ONLY if he reciprocates:

– express your admiration and appreciation for him

– show interest in his life

– tell him what a great spouse and parent he is

– flirt with him: be more playful

– feminize yourself (a note here: this isn’t a criticism, it’s just a suggestion. Many men were attracted to their woman’s femininity in the early days, and lament that it’s been replaced with sweat pants, baggy shirts and flip-flops…I’m just the messenger here, remember! But when you convey femininity, it enhances his sense of masculinity)

– sex it up in the bedroom with new lingerie and a few new moves, even a sex toy or new lube. Be adventurous. Sex is VERY important to men

– send him out of the house to have some fun with his guy friends. You’ve heard the expression “absence makes the heart grow fonder” right? It’s 100% true. A man who has spent a night out with the boys will return home with stronger feelings of love and happiness in his heart

– change something about yourself that you know he doesn’t like and that you feel he is justified in not liking (e.g. your negativity, your overspending, your temper, your over-parenting, etc.)

– don’t go to extremes. Don’t be so desperate to cling to him that you’ll put up with anything, including his “boredom” or lack of motivation to improve the marriage. Men are turned off by women who will put up with anything. At the same time, don’t go to the other extreme of issuing ultimatums—“Tell me why you’re unhappy or I’m leaving!” Drama queens are way too much work in a marriage

All right—I’ve touched on some signs a bored husband might show both outside and inside the bedroom, and I’ve given you a few things to stop doing and to start doing. Admittedly, this is a superficial article but these are still some great points.

Because if you’re feeling like your husband is bored, he probably is. You know him best, so your take on it is likely correct. But that doesn’t mean you can’t get him to see you for the amazing, gorgeous, fascinating woman that you are. You deserve to feel passion, love, adoration and devotion from him—and he deserves to feel those things from you too.

Don’t spend another day being somebody’s “meh.” Try something different, and turn his head again. Boredom strikes almost all marriages and many women just like you have overcome it, and gone on to have marriages that were as passionate and loving as ever.

Next post >> Can You Save Your Marriage Alone? Yes – Try These 5 Tips

<< Previous post How to Stop Obsessing Over Your Husband’s Affair