My Husband “Can’t Decide” Between Me and His Mistress 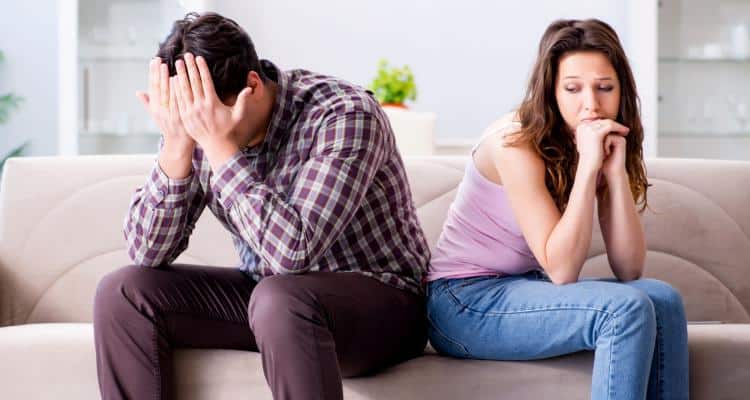 I hear this kind of thing all the time:

“We’ve been married for fifteen years, but I recently discovered my husband is having an affair with our daughter’s swim coach. He thinks he loves her. When I asked him to end the affair, he refused and said he “couldn’t decide” which one of us he wanted to be with. How long should I give him to decide? How can I make him choose me instead of his mistress?”

Of course, the details may vary. This couple may have been married for five or twenty-five years. It may be the wife who “can’t decide.” Instead of saying “I can’t decide,” an unfaithful spouse may say they are “confused” or “need time.” They may come across as cold or contrite.

Regardless, the effect on the betrayed spouse is the same.

She or he is left to live in a chronic state of anxiety, pain and speculation as they wait, day after day and month after month, for their spouse’s “decision.”

When I first speak with a client who is struggling with this in their marriage, my initial question is almost always the same. “Why does your husband/wife get to decide? Are you in the habit of letting other people make life-altering decisions on your behalf?”

My goal at this early stage is to make the betrayed spouse see things from a different angle and to regain a sense of empowerment. Because one thing is for sure – their unfaithful counterpart is doing everything humanly possible to ensure that doesn’t happen.

Know this: giving an unfaithful partner the decision-making power in a marriage is a bad idea.

Yes, that’s a sweeping statement and there are circumstances where an unfaithful spouse may find it hard to decide between two people or need time to do that. It may be that your marriage has long-standing problems.

But that’s not always so. In too many cases, it’s more about an unfaithful spouse wanting to have their cake and eat it, too. And if they want to do that badly enough, they can act in ways that make you confused or hesitant to assert yourself in the marriage.

Why counseling may not work…

The situation may not improve if you go to couples counseling or coaching, either (that’s providing you can even drag your spouse there in the first place). What you may find is that the counselor or coach prioritizes your spouse’s indecision – perhaps even legitimizes it – rather than focusing on your feelings or reminding your partner of their grown-up obligations to the marriage and family.

Because the truth is, both you and your spouse “decided” the day you got married that you would choose each other. The decision has already been made.

So why might a practitioner do this? It’s often because they aren’t trained or experienced enough to deal with couples, especially when one partner has their own agenda or isn’t wholeheartedly part of the process, which is often the case. They may be hesitant to challenge the unfaithful partner for fear that this person will become argumentative, obstinate or not book another session (that’s why it’s important to always book with someone who specializes in marriage and couples, rather than a generalist – you’ll have much better luck).

To be sure, unfaithful partners, especially those who say they “can’t decide” between their spouse and affair partner, can be extremely difficult to deal with. After all, they want to keep doing what they’re doing and they don’t want to be challenged. As a couples mediator, it’s a situation I’ve learned to manage, but it’s taken me years of experience to get there.

So if you’re tired of hearing your spouse say they “can’t decide” between you and their affair partner, what can you do about it?

Well, you can stop doing what isn’t working. Stop asking your spouse to decide or choose between the two of you. Stop telling your spouse how hurt you are or how awful their behavior is.  If it hasn’t worked by now, it probably isn’t going to work.

But that doesn’t mean nothing will work.  Many wives have been where you are and have managed to reclaim their husband’s affection, devotion and respect. You may just have to make a decision of your own — the decision to try something new and reach out for help, in whatever form that works for you.

Next post >> What Are the “First Five” After an Affair?