Marriage Counseling for Affairs: Making a Bad Situation Even Worse 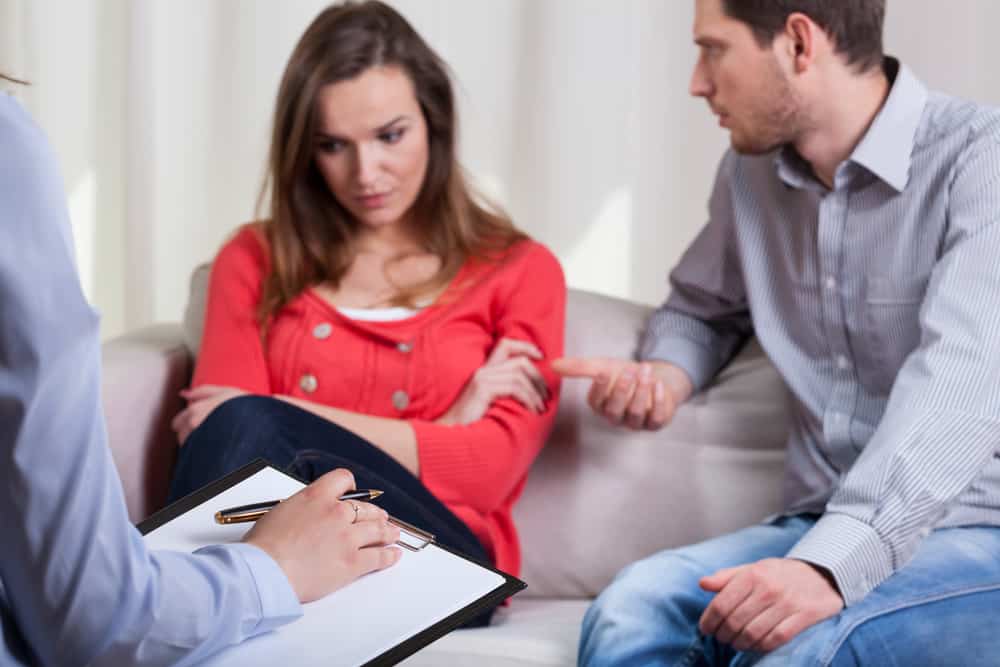 A counselor’s office does not create a magical dome of honesty.

But when it comes to assumptions, one quickly realizes they don’t always reflect reality. Too many betrayed spouses have discovered the hard way that a marriage counselor’s office does not create a magical dome of honesty or love.

That’s because a surprisingly large number of cheating spouses whose affair has been discovered just aren’t ready to be honest or faithful.  Many will continue with the affair, whether openly or in secret.

Marriage counseling can be a way to “buy time.”

To these spouses, marriage counseling can be a way to buy time and cool down the situation while they continue to do what they are doing. They can appear to be working on the marriage when, actually, every word that comes out of their mouth is either untrue or self-serving.

I cannot tell you how many clients have said to me, “We went to counseling, but I found out that he was seeing her the whole time and lying to me and the counselor.” Unfortunately, the ongoing nature of couples counseling – appointments week after week – provides the perfect way for an insincere spouse to maintain an affair.

Although a betrayed spouse may assume that their unfaithful partner will realize the error of their ways and apologize in the counselor’s office, they may find that they are the ones apologizing as their partner uses the counselor’s office as a “safe place” to complain about the marriage: you never listened to me, you focused on the kids, you worked too much, you weren’t sexual enough. In the worst of cases, an unfaithful spouse may use this as justification for having or continuing the affair.

Cheating spouses may use different “tactics” to continue the affair.

As many betrayed spouses can attest to, a husband or wife who has had – or is still having – an emotional or sexual affair can be very defensive and protective of that affair. When pressured to end it, they may fall back on any number of assertive tactics: anger, belligerence, threats of divorce or blame-shifting.

A cheating spouse may act as if they’re ready, at any moment, to storm out of the counselor’s office. This can put both the counselor and the other spouse in a position where they start tiptoeing around the unfaithful spouse and appeasing them, just so they’ll stay seated (and keep booking appointments).

Alternatively, the unfaithful spouse may take a softer approach. They may act confused or say they need space to figure things out. Because counseling often focuses more on individual needs than the needs of the partnership, a betrayed spouse may find that the counselor unfairly spends more time talking about their cheating husband or wife’s needs than the needs of the marriage.

Take the case of a wife involved in a workplace affair. She had been exchanging explicit text messages and pictures with her co-worker on her phone; however, when her husband asked her to delete her affair partner from her phone and be transparent with it, she became angry and refused. In response, the counselor encouraged her husband to “respect her privacy.”

Similarly, take the case of a husband and father who had reconnected with an ex-girlfriend on social media. When his wife asked him to stop seeing her, he broke down in tears and said he wasn’t sure about his feelings and, if the wife pressured him to do that, he might file for divorce. In response, the counselor wondered whether he needed to take time and “explore his feelings” for the other woman.

Cheating spouses create a dynamic where they are “in charge.”

In both cases, neither the counselor nor the betrayed spouse felt they were able to reasonably challenge the unfaithful partner. That’s because many cheating spouses have a way of masterfully creating a dynamic where they remain in charge.

And to be honest, I understand how that can happen. Cheating spouses can be very manipulative and intimidating. And it doesn’t just happen in a counselor’s office. I saw it all the time in my couples mediation practice. It took me years to learn how to manage these folks and the situation in a way that was fair and balanced for both spouses, without the situation deteriorating into a mudslinging match – that’s something that a mediation-based approach is particularly good at doing.

A simple truth: if a person doesn’t want to be honest, they won’t be.

So if you’re a betrayed spouse, what options does this leave you with? Well, you may strike gold and find a good counselor or coach who has the skills to manage an uncooperative spouse and foster a reconciliation. They’re out there. For my part, I’ve stopped seeing couples together in the office. Despite my partnership-focused training and experience, I just felt that I was seeing too many spouses who were simply not ready to be honest or to end the affair, regardless of what happened in the office. It’s like the old saying, “you can lead a horse to water, but you can’t make him drink.”

A “one spouse approach” may be better than a couples approach.

That’s why I adapted my services into a “one spouse approach.” Because many unfaithful partners resist office visits – as well as honesty and ending the affair – I’ve found that, to put it plainly, there’s no point banging your head against a wall.

In my opinion, a betrayed spouse will improve their situation sooner by – on their own – learning how to manage their spouse’s behavior and the infidelity itself with clarity and confidence. This prevents a bad situation from becoming even worse. You can move forward as a couple, even if you as the betrayed spouse need to take those first steps alone.

Yet that’s sometimes easier said than done. If you’re tired of the drama, pain and frustration, I offer plainspoken, convenient and instant-access resources to help you manage this issue and move ahead in your marriage – and life.

Next post >> My Husband / Wife is Threatening Divorce. Why? What Should I Do?