Couples Counseling vs. Other Approaches to Marriage Help 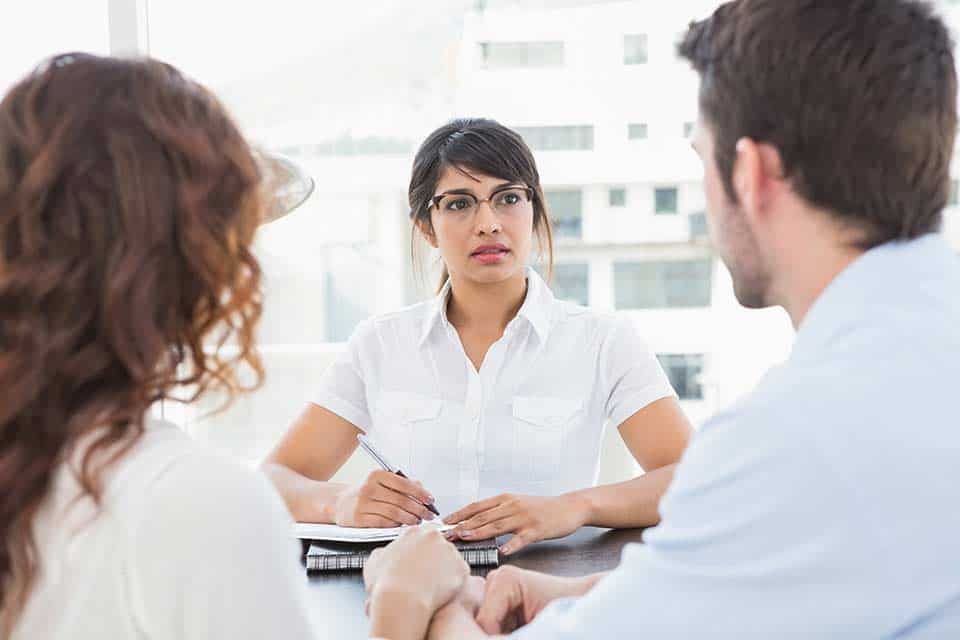 Couples counseling, the traditional go-to remedy for couples with marriage problems, isn’t always effective or successful. It may be that the couple waited too long to get help or that only one of them wants to be there. On top of that, counseling is a practice that inherently focuses on the self — on past hurts and personal feelings, and on exploring one’s own needs over the course of ongoing sessions. This costly and often drawn out approach — one that too often has partners pointing out each other’s flaws instead of holding up a mirror to their own — can be the precise opposite of what struggling spouses need to save a marriage in crisis.

Hurtful words can be said in counseling, words that – while truthful – may nonetheless be so hurtful (especially when said in front of a stranger who’s jotting them down on a notepad), that they do more harm than good. Instead of feeling enlightened, a person just feels insulted. As a result, they fire back with words or accusations of equal or greater harm. It’s no wonder that many people say they argue on the way home from the counselor’s office. It’s one thing to clear the air, but if one spouse is already resistant to counseling, a couple may leave in worse condition than they arrived. And by the time they get home, it’s unlikely they’re going to be in any mood to complete the “homework” that may have been assigned to them in the office.

Couples counseling isn’t always a male-friendly experience, either. That’s kind of a big deal, since there’s usually a man involved in a marriage. Women might feel comfortable expressing their needs, emotions and so on to a counselor. We’re used to talking about our problems. Men may not relish the experience. In fact, many men would rather have a root canal than “emotionally open up” to a stranger, regardless of how many degrees are on the wall.

Although counselors give marriage advice, they may be divorced, never married or on their third marriage. It’s naïve to think that an individual’s personal experience with marriage doesn’t factor into the relationship advice they dispense. It most certainly does.

Plus, many marriage counselors are generalists: They may have counseled a drug-addicted teen before seeing you and your spouse. Those in the business of providing professional marriage help should be specialists, not only because marriage provides unique challenges, but because there is vast difference between one-on-one therapy, which counselors are trained for, and managing an angry or emotional party-of-two, which many are not trained for.  Incidentally, this is why, if you do decide to attend couples counseling, you should find a counselor who specializes in couples and make sure you understand their method — because it can definitely work if you and your spouse are both motivated to participate in the process and equally comfortable with its approach, duration, cost, the personality of the practitioner, and so on.

Nonetheless, in my capacity as a marital mediator, I regularly see “counseling drop-outs” and have heard first-hand accounts of counseling gone wrong.

Take the case of a marriage counselor who told a 35-year-old father of three young children that he could never “be present” in his marriage until he explored his unresolved feelings for a high-school sweetheart that had recently looked him up on social media. Or the case of a wife who was told that her husband was “ignoring her needs” by working long hours (apparently it didn’t matter that he was working overtime to pay for the extravagant home she wanted). People have complained that a counselor advised divorce (when neither partner wanted that) or took sides. Isolated incidents? Maybe. Or maybe counseling wasn’t the right tool for the job.

I’ve often wondered why psychological counseling has a monopoly on providing marriage help. While counseling is necessary, appropriate and life-changing in cases of abuse, trauma, addiction, mental illness/disorder and severe emotional distress, not all people with marriage problems suffer from such ills. And if they don’t, applying a bandage soaked in psychology can sometimes make the wound worse.

A mediation-based model of marriage help may be better suited to many problems.

Mediation is an inherently partnership-focused discipline. Its goal has always been to improve communication and understanding, find common ground and maintain a relationship (of some kind) between two or more parties. It stresses things like open-mindedness, fairness, collaboration, self-determination, seeing a situation from someone else’s point of view, and brainstorming workable solutions to problems. Nowhere are these things more important than in marriage and family life. At no time are these things more important than during episodes of marital conflict, when people are all too quick to dig in their heels and see only their own perspective, feel only their own pain, and argue instead of solve.

Mediators and other conflict resolution specialists are often used when things are at their worst, such as during divorce or family mediation. But hey, if we can do the job then, why not use our skills before things get to that point? Imagine what we might be able to accomplish together.

Mediators and other conflict resolution practitioners are trained — from day one — to keep their own biases and assumptions in check, and to instead be curious about their clients’ situation. Expert mediators may offer insight and information (as I do, when appropriate), but they don’t take sides, advise, diagnose or pathologize people’s problems. As a bonus, mediation is a two-for-one deal. Not only does it help spouses gain a much deeper understanding of each other and resolve their current issues, it demonstrates how to better communicate, interact and collaborate as a couple so that future conflict can be avoided. And it does this in a fairly neutral environment, one that doesn’t involve being pressured to “open up” in an emotional or private way that someone (oftentimes a male someone) may not be comfortable doing: therefore, it’s more likely that such a person will fully participate in the process.

As importantly, mediation — particularly when combined with aspects of relationship coaching — can help spouses work together to discover real-world solutions to their problems. This is a necessary yet very difficult process that some practitioners sidestep for whatever reason; however, there’s no point talking ad nauseam about how your partner’s overspending makes you feel unappreciated if you fail to create a realistic budget in a timely manner. All talk and no action makes people wallow in blame, resentment and — worst of all — hopelessness. When spouses feel hopeless about their future together, they tend to dial divorce lawyers.

A solution-focused approach encourages spouses to gain mutual insight and forward momentum rather than languishing on a weekly basis about how terrible they feel (they already know that!) and re-living every nasty word spoken in anger or hurt. Instead of relying on a counselor to be their marriage expert, spouses learn to be the experts in their own marriage by working together to understand and resolve their own problems. As a result, they feel empowered. Confident. Proud. They feel like a team.

This process is part of building or rebuilding a mature, independent and romantic partnership, one where spouses learn to rely on each other instead of on an outside third party. If you want your marriage to last, it has to happen.

Remember Einstein’s definition of insanity: Doing the same thing over and over again and expecting different results. Many people aren’t comfortable with the idea of couples counseling and many feel that it is undereffective, yet it remains the prevailing approach to relationship troubles, even in those situations where psychological problems are not present. So perhaps it’s time to do something different.  If you’re struggling in your marriage and are otherwise healthy and functional, consider a couples mediator or marital mediator whose practice is geared toward helping couples stay together.

Or if that isn’t right for you, keeping looking. People are different, and have different sensibilities and needs. What works for one might not work for another and vice versa. Regardless, you have options nowadays, and your marriage is worth exploring them. Keep doing that until you find what does work for you.

Next post >> Date Night – The Godfather of Good Pizza