10 Signs Your Husband is Having a Midlife Crisis 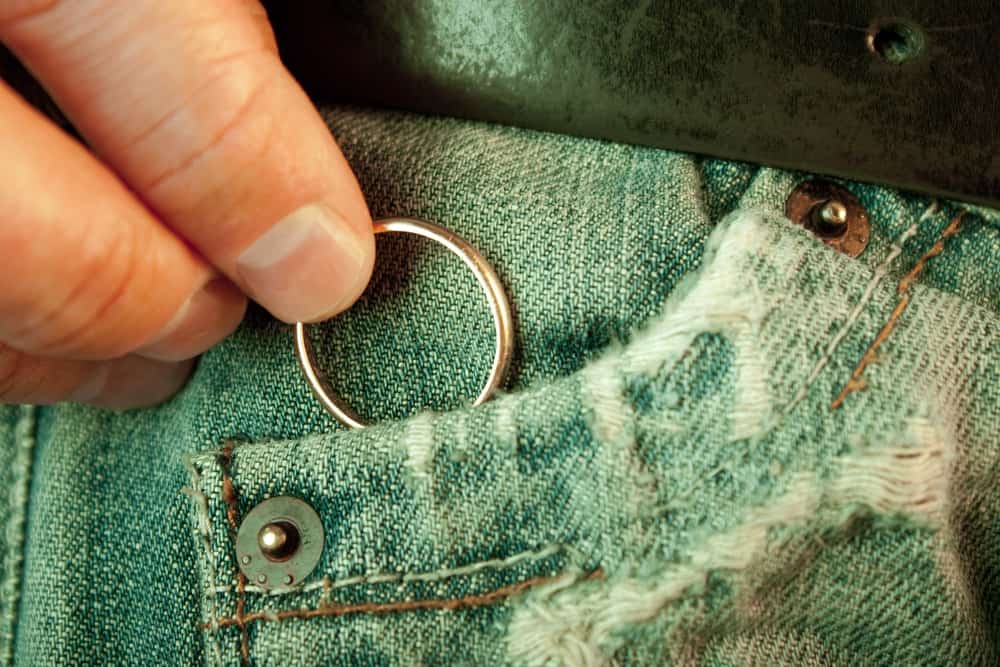 Have you ever thought to yourself, “Is my husband having a midlife crisis?”  Maybe his behavior has changed so suddenly, so dramatically, that you’re wondering whether there’s an impostor living in his body. Or maybe this has been building up for a while and you’re starting to get seriously worried.

Either way, here’s a quick checklist to run through. It’s by no means definitive or exhaustive, but if you find yourself saying “yes” more than “no,” then – I’m sorry to say – you may be in for world of hurt.

Ten Signs to Watch For:

2. He has adopted dramatically different lifestyle habits or interests.  This is often, but not always, a new health and fitness regime.  He becomes more interested in his appearance and recapturing the look and vitality of youth.

3. He is re-writing your history. No matter how many times you try to remind him of the good times or make him appreciate all the good things you have – your home, your children, your memories – he doesn’t listen. He says things like, “I don’t know if I’ve ever been happy…maybe we got married for the wrong reasons,” or something along those lines.

4. He blames you for his unhappiness and for any problems in the marriage.  He might say that you were “never there for him” or that you “weren’t sexual enough.”  Whatever his complaint, it’s your fault, not his.

5. He sends mixed messages.  One day he doesn’t want to be around you.  The next day, he’s bringing you flowers.  He may say things like, “I love you, but I’m not in love with you.”  One day he wants to move out of the house and get his own place, the next he’s not sure.  He may say, “I know you’re a wonderful wife, I know I should treat you better.”  And then he treats you even worse.

6. He has a mean streak.  He is starting to say some really mean-spirited things to you, even going so far as to criticize your intelligence or appearance.  He is more critical and short-tempered with you.

7. He is self-indulgent and self-focused.  More and more, he is thinking only of himself.  He wants his freedom, his independence, and he doesn’t seem to care that his behavior is putting a strain on his relationships with other people, including you and even his own children.

8. He is increasingly egocentric and narcissistic.  He acts like he is the world’s most desirable man.

9. He has struck up a very close “friendship” with other woman, quite likely a younger woman.  At the same time, he is becoming more secretive, particularly with his phone.  He has changed his passwords and deletes his text history.  If you ask him about this, he says that you are “paranoid” or “jealous” or “controlling.”

10. He is acting confused about his feelings for you and uncertain about his commitment level to the marriage.  He may say things like, “I don’t know how I feel” or “You need to give me space to figure things out.”  This behavior often accompanies an increasingly intimate friendship with another woman, or an outright emotional or sexual affair.

Of course, this is just a general checklist of behaviors.  That being said, if you find yourself checking off more than six or seven of them, it is likely that things are about to get a lot bumpier.  So hang on.  A man who is having a midlife crisis can be a challenge to deal with – ask the countless women who have found themselves facing divorce at a time in their lives when their marriage should be more stable and intimate than ever.

My strong advice is that you do not just passively wait out this crisis or offer unconditional “wifely support” as your husband puts you, and your marriage, through turmoil or even betrayal.  A passive approach may be easy, and may even be what you want to hear (that’s why so many people recommend it); however, it often backfires in the long run.

A husband’s midlife crisis behavior can reflect his true feelings, but it can also be more strategic. Either way, you need to get ahead of this and manage things in a way that is most likely to restore your connection and your marriage. You, and your husband, deserve that.

<< Previous post 10 Signs Your Wife is Having a Midlife Crisis